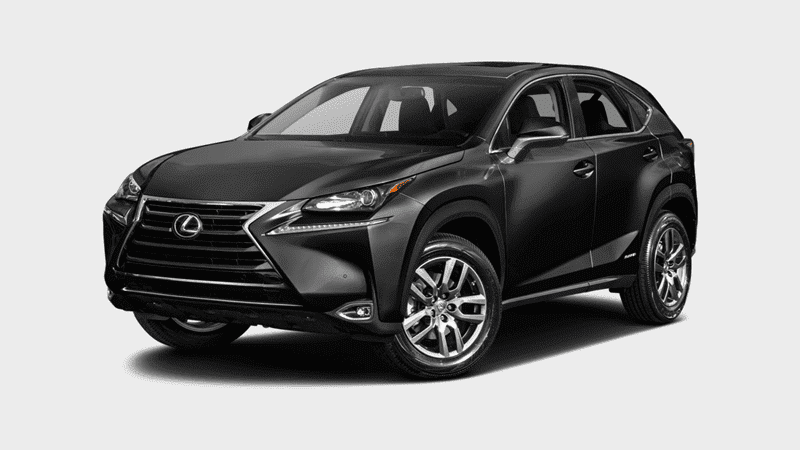 The 2017 Lexus NX 300h is a hybrid luxury compact SUV that delivers class-leading fuel economy and is now offered exclusively in all-wheel-drive form.

Lexus revolutionized the luxury SUV class with its mid-size RX, which debuted for the 1999 model year. The Japanese luxury brand didn't have a compact luxury SUV, however, until just a few years ago, when it launched the 2015 NX. The NX is offered as the NX 200t, with a turbocharged gas engine, and the NX 300h gas-electric hybrid. The Lexus NX300h competes against models like the Acura RDX, BMW X3, Audi Q5 and Mercedes GLC300.
Exterior & Styling
Lexus has restyled much of its lineup with a focus on sharp angles, creases and an imposing spindle grille. The design theme comes together well in the NX 300h; the grille doesn't dominate the front end like it does on some other Lexus models.
Interior
The NX 300h's aggressive exterior styling theme spills over to the cabin; the middle of the dashboard is dominated by an angular control panel that evokes the SUV's grille.

Fit and finish are up to entry-luxury standards, and Lexus' NuLuxe simulated leather upholstery (real leather is optional) does a very convincing impersonation of the real thing. Soft-touch surfaces on the upper part of the dashboard and doors are nice, but the silver trim on the center console can't hide the fact that it's painted plastic. The strip of imitation carbon fiber on the doors isn't convincing, either, and many of the buttons, knobs and switches aren't that different from what you'd find in a mainstream SUV from Toyota, Lexus' parent company.

The NX 300h feels bigger inside than some compact luxury SUVs. The front seating position is comfortable and the seats have soft cushioning. The roomy second row features a comfortable reclining bench seat and generous legroom.

The NX received the Insurance Institute for Highway Safety's highest rating in each of the agency's crashworthiness tests, and its optional forward collision warning system with automatic emergency braking received a rating of advanced (from possible scores of basic, advanced or superior when the feature is offered). The NX stands in good company within the IIHS' mid-size luxury SUVs class. The National Highway Traffic Safety Administration gave the NX its highest, five-star overall rating for its crash-test performance and rollover resistance.

A backup camera is standard, and optional active safety features other than the collision warning system include blind spot warning with rear cross-traffic alert.

Modern SUV LEXUS are not inferior to the old ones in cross-country ability, but they outperform them in design and comfort level. Sitting in the salon, you'll never say that this is a real off-road tank, but it's just that.

True, there is one drawback - SUV LEXUS are defiantly expensive in and of themselves. Only a few can afford such a purchase. However, even those who can, prefer not to spend money in vain and order a Lexus NX300h lease as needed.

VIP Transfers Seychelles has been providing VIP car transfer services in Seychelles for many years. If you need Lexus NX300h VIP Taxi service, you can always order it by calling us +248 2502999. A car with a driver for hire will be provided as soon as possible. 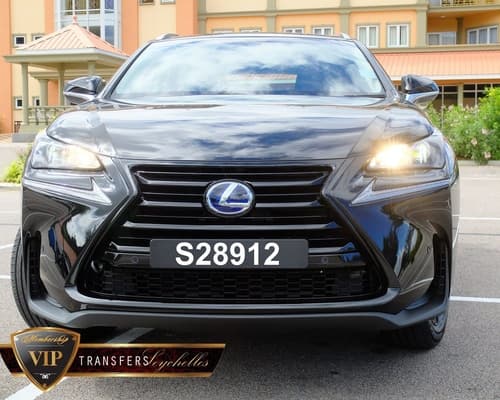 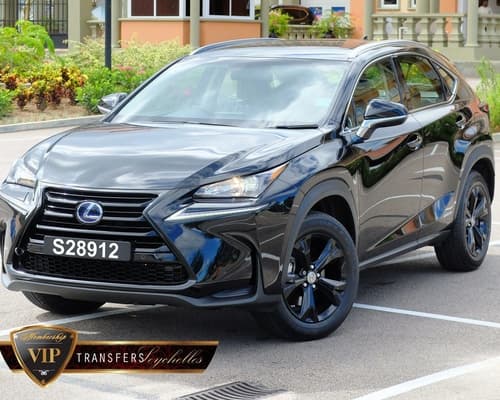 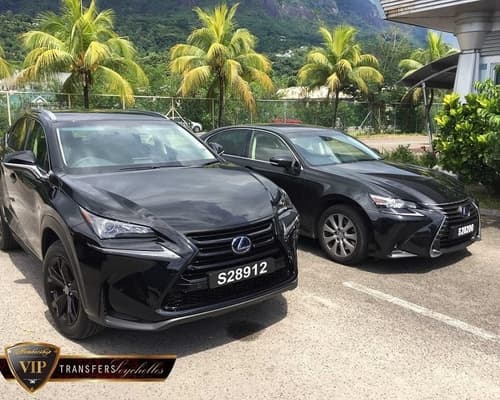 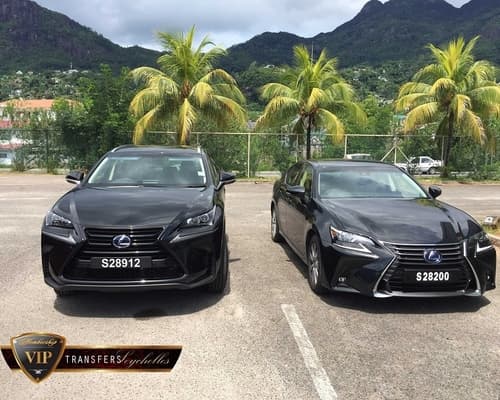 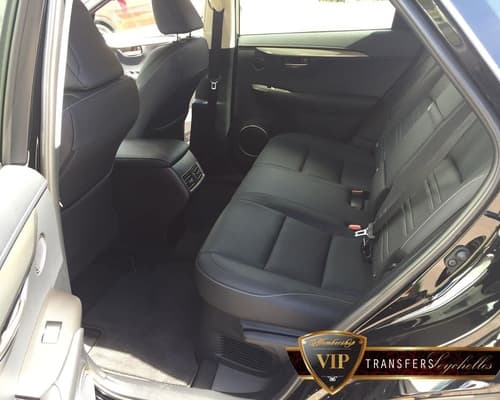 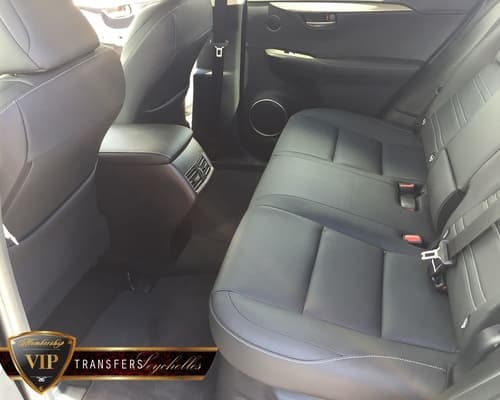